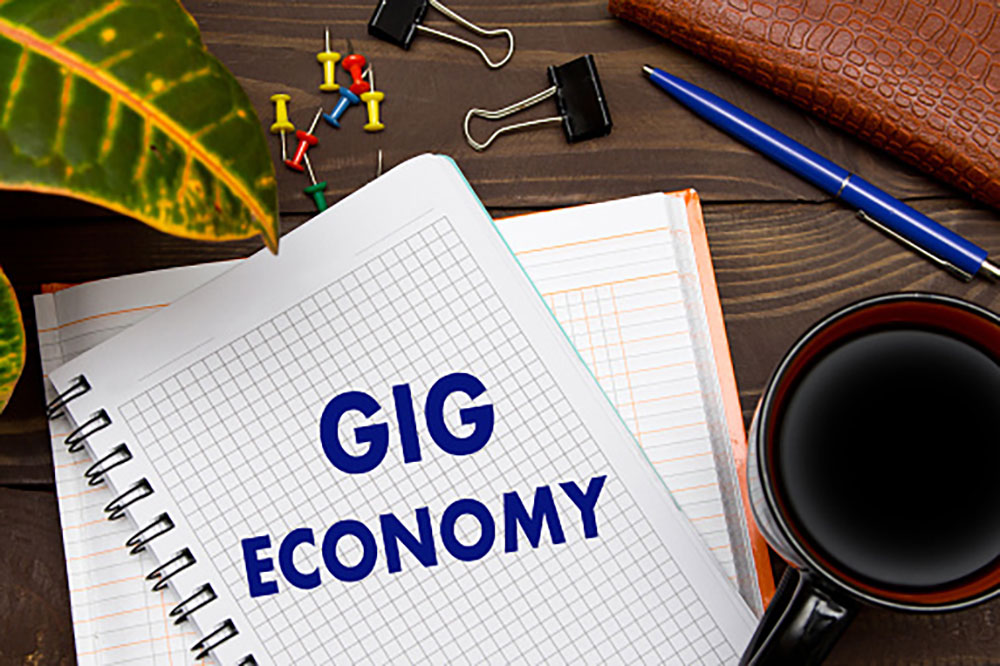 The Future of Independent Contractors in the Hospitality Industry

Independent contractors in the hospitality industry are becoming more prevalent in the gig economy. Know where your workforce stands and what they expect.

June 2017 - By Mark Heymann - Published in Hotel Business Review - While the workplace continues its rapid move towards a "gig economy," recent National Labor Relations Board rulings have made it tougher for employers to classify workers as independent contractors vs. employees. That could change, however, under the new administration, which has signaled it could scale back federal protections of workers in favor of more employer-friendly policies. Add to that the uncertain future of healthcare requirements and the big questions are: Will independent contractors find a steady place in the hospitality industry? And what will be the advantages and disadvantages of working as a contractor versus a full-time employee?

The traditional workplace is fast giving way to a "gig economy." A 2016 study co-sponsored by research and advisory firm Ardent Partners and software company SAP Fieldglass found that close to 38 percent of that year's total workforce consisted of non-employee workers, up from 29 percent in 2011. What's more, another software company study, this one by Intuit, projected that by 2020 a full 40 percent of workers will be contract, temporary or self-employed. The Intuit 2020 Report also revealed that more than 80 percent of large corporations have plans to "substantially increase their use of a flexible workforce."

This brave new world is being fueled by both sides of the employee/employer relationship - on the one hand the lifestyle desires of Millennials, who now represent the majority generation in the workforce, and on the other the need for organizations to operate lean in an environment where service, rather than machine-controlled manufacturing operations, dominates the economy. This need for flexibility has major implications for the hotel industry.

Compared to previous generations, Millennials have different objectives and are less risk averse in their careers. They embrace a more transient lifestyle, waiting longer to settle down and start a family than their boomer counterparts. Fewer care about owning a home or car - acquisitions that were once considered badges of adulthood and that drove ambition in the workplace. According to Ernst & Young Global Generations Research, Millennials value work-life balance highly and in order to attain it, 65 percent are willing to forgo promotions, 44 percent would accept pay cuts, and as many as 77 percent would change jobs.

In its 2016 Millennial Career Survey, The National Society of High School Scholars polled Millennials ages 15-32 to determine the factors they consider in choosing an employer. In the category of salary and perks, flexible work hours/schedule topped the list at 70 percent, well above benefits (60 percent), base salary (46 percent) and performance bonuses (19 percent). Work-life balance (69 percent) was the number one priority under work atmosphere/environment. Millennial-friendly businesses like Google and Walt Disney have answered the call with more flexible hours and places of work. And Netflix is among the companies that have done away with restricting time off, implementing unlimited vacation policies (with certain caveats).

Adopting a contracting model would be a natural extension of this trend. Millennials want control over their own work schedules and to structure their time as they choose. Contract work gives them more power to do so while creating other work rule flexibility, such as number of hours worked in a week. Those seeking more hours than one hotel can provide could potentially piece together a good income working at several locations, particularly in hotel-dense urban and resort destinations.

Another approach to flexible hours would be to pay workers for what they produce (piece rate, which exists in certain operations already) rather than for hours spent on the job. As long as they meet timeliness targets, the job structure would be flexible. So, for instance, a contract housekeeper at a hotel who completes his or her assigned rooms would be rewarded with full pay without concern for number of hours worked.. (That said, what would be the repercussions if that housekeeper does not meet the deadline and rooms aren't ready for guests at check-in? Would the hotel or housekeeper be responsible?)

Should the gig economy gain traction in the hospitality world, hoteliers will need to determine what jobs lend themselves best to which type of structure. While piece-rate could work in housekeeping, perhaps laundry operations and banquet service, roles that involve flexible direct guest interaction - like restaurant servers, kitchen staff, and concierges - would require payment for hours worked based on customer service demand.

Making this transition will take more than an agreement between management and workers, however. It might require major changes at the regulatory level - changes that until recently looked unlikely.

National Labor Relations Board rulings in recent years have made it tougher for employers to classify workers as independent contractors vs. employees. In 2014, for instance, a FedEx Home Delivery case spurred the NLRB to compile an 11-factor test to determine whether certain workers qualify as employees and are therefore eligible to join a union. Key among those criteria are the extent of the employer's control over how an individual performs a job, whether or not the work is usually done under the employer's supervision, the skill required to perform the job, length of employment/work relationship, and whether the employer or individual supplies the tools and place of work. Also crucial are method of payment and the presence of a written contract conveying both parties' agreement that theirs is an independent contractor/business relationship.

In another recent case, the NLRB used the same 11 standards to rule against the canvassing organization Sisters' Camelot, determining that its door-to-door canvassers were incorrectly classified as independent contractors. The board found that even though workers had the freedom to determine their own work schedules, there were significant enough constraints on their choices - from lack of ability to make significant business decisions affecting profit and loss to the pre-determination of the location and time they worked once they did clock in - to qualify as employees.

The issue is an ongoing -- and heated -- one in the trucking industry. As recently as June 2016, drivers at California's Long Beach and Los Angeles ports struck to protest their classification as independent contractors vs. full-time employees. Their argument: most drive for only one company, and while they can set their own hours and decide whether or not to take a particular assignment, they can't contract directly with the customer. In addition, the costs of leasing, insuring and fueling their trucks, for which they are responsible as independent contractors, take a big chunk out of their earnings. While that particular strike ended without resolution, legal decisions in other cases have been trending in favor of drivers seeking employee classification, and at least one Los Angeles trucking company has voluntarily moved its drivers onto the company payroll to avoid the risk of lawsuits. At the same time, not all drivers want the switch, preferring the independence of the owner-operator model.

In the service industry, certain sectors have fared better than others when employing contract workers. The practice is common in hair salons, where self-employed stylists often rent a booth from the salon owner. These stylists are responsible for supplying all tools, making their own appointments, collecting money, and paying their own taxes and benefits. Because of this, their classification as independent contractors has generally held up to legal and regulatory scrutiny. Day spa owners who position their workers as independent contractors, on the other hand, have been more likely to face fines and other penalties. Investigators frequently cite the amount of control spa owners maintain over the way their workers conduct a treatment as a determining factor in finding that these workers are actually employees.

Looking at the hospitality industry, already there are hotels that contract their housekeeping services to cleaning companies. While those workers are employees of the contracting company, self-employed housekeepers would take that just one step further. But would those housekeepers have to buy and maintain their own cleaning supplies? Who would provide their training? Such hourly workers would almost certainly not meet current NLRB criteria for classification as independent contractors. Piece-rate work might present another outcome. However, could the rise of the gig economy, combined with the more business-friendly priorities of the current White House, lead to regulatory changes that would make compliance easier? Or put another way, might rules once set to protect the rights of workers become obsolete as more workers seek flexible work scenarios?

Being able to classify more workers as independent contractors would offer clear benefits to hotel management. More flexibility in worker hours means the ability to operate leaner, even if shorter minimum shifts would require raising hourly rates to compensate. Management would have more leeway to determine market pricing; rates could increase and decrease with the availability of labor, even by day of the week.

That said, unless regulations relax to accommodate the demands of the gig economy, hoteliers are advised to proceed with caution. Legal consequences are significant for owners who classify workers as independent contractors who, by current NLRB and IRS standards (not to mention additional regulations that vary by state), are actually employees. If an employee is incorrectly classified, the organization could be held liable for both the employer and employee portions of payroll taxes, among other serious penalties.

Even with a contract worker's status legally established, there are liability issues to consider. One example: Employers are not required to cover independent contractors under their workers' compensation policy. However, if an independent contractor is injured on the job and does not carry his or her own workers' compensation insurance, the employer can be held liable for those injuries. Because of this, some organizations choose to cover contract workers in their policies while others require all workers they contract with, even individual freelancers, to carry their own.

As the gig economy gains momentum, the effects will extend far beyond how and on what terms a service industry worker is paid. A couple of points to ponder:

Also keep in mind that should federal regulations be rolled back in favor of more business-friendly policies, certain state and local governments are likely to step in to strengthen worker rights within their jurisdictions. Combine that with an increasingly mobile workforce and we could well see employees focusing their job searches in regions that offer them greater protections and opportunities. Or will the more risk-open Millennial generation forsake those worker protections in favor of greater flexibility? It will be interesting, and important, for hoteliers to follow these developments and their impacts closely as we consider how the gig economy might look in the hospitality industry.

Mark Heymann is a founding partner and the chairman and CEO of UniFocus. He has more than 40 years of expertise in the industry, particularly in hospitality. Mr. Heymann previously was founder and president of the Heymann Group, Inc. (HGI), a consulting, software and asset advisory company that was a forerunner in relating labor management to service quality in the hotel industry. For 15 years, HGI delivered significant bottom-line results to clients including Xanterra Resorts, Omni Hotels, Orient Express Hotels and Loews Hotels. Under Heymann’s leadership, HGI pioneered the development of labor management system technology, and in 1991, it introduced the resource and labor management software program Watson R.M.™ Mr. Heymann can be contacted at 972-512-5105 or mheymann@unifocus.com.

UniFocus workforce management software provides all the tools you need to make labor force decisions with confidence.  We help you optimize your daily operations with powerful yet flexible tools.  Empower leadership and staff to create schedules that maximize customer satisfaction while minimizing wasted labor hours.  Better labor management for contingent workforces in the hospitality, restaurants, retail, and healthcare industries.  If you're in the market for a better WFMS, contact us today. 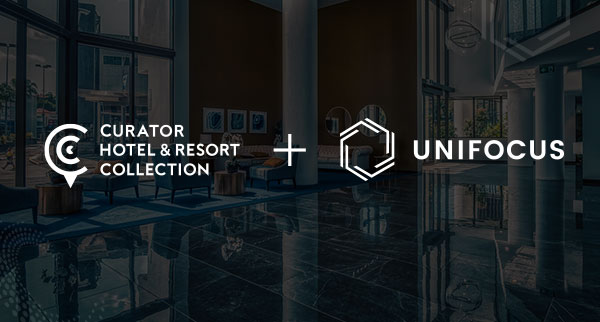 Curator Hotel & Resort Collection and UniFocus announced that Curator hotels have access to the industry’s latest capabilities in labor man... 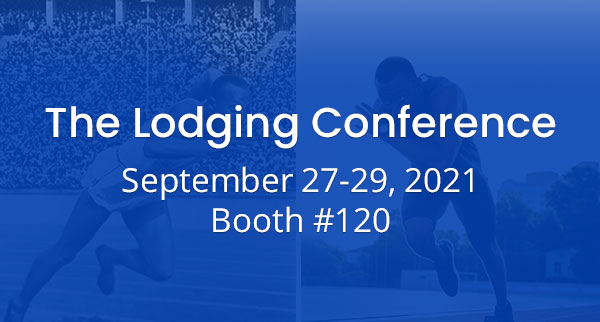 UniFocus provides insight into how hoteliers can plan, align, execute & validate their labor & task management strategies to achieve the he... 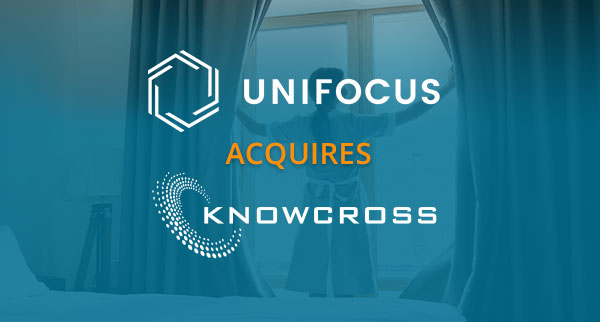 UniFocus Expands Its Workforce Management Capabilities with Acquisition of Knowcross